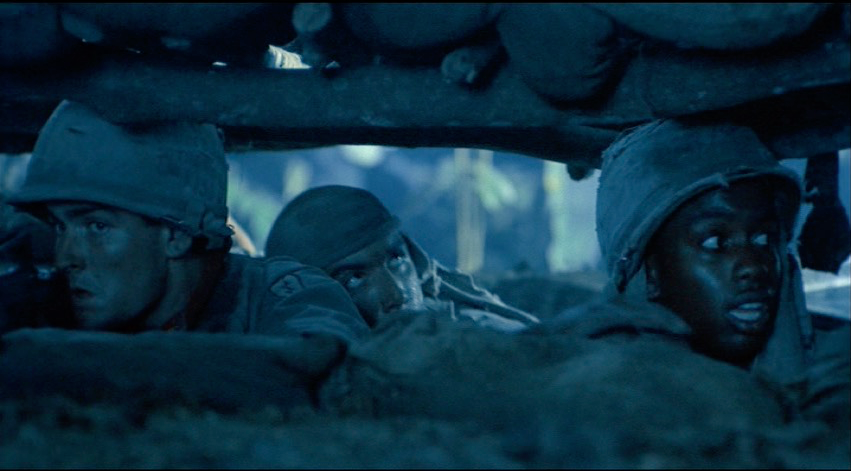 What do you hope to accomplish?

I was originally planning is as my 50th post but…well…scheduling is a funny thing. So we’re coming in at number 53 for this one.

Now, I recently had a conversation about this blog with a colleague. Or to be accurate, I was explaining the idea from the ground up because the colleague in question had never heard about Douglas Bland or Uprising.

This wasn’t some kind of ‘Who? What? Why do I care?’ kind of deal. This person actually found the subject interesting and thought the blog was a good idea.[1] But the fact that Bland and his work isn’t exactly front and centre in the Canadian political scene (even in the field of right-wing reactionary response to First Nations politics).  So this conveniently segues to the question for this post: What am I trying to accomplish?

Basically, the short answer is that this blog is about covering my arcs.

Bit of explanation: In the military, when you’re in the defensive, you get given a location for your fighting position, and you get given arcs to cover. Generally speaking, your arcs are defined at a left to right set of boundaries visible from the position (‘You’re covering everything from that lone tree over here to that large boulder over there.’), With an opening up distance to establish range boundaries (‘Your opening up range is 300m. Do not engage targets beyond that range.’).

Now, there’s a tendency with inexperienced leadership to established huge sweeping arcs that cover enormous stretches of ground that could contain a company’s worth of troops. Realistically though, unless the fighting position is for a huge weapon system (like a tank), it should be narrow and limited to the capabilities of the soldiers occupying the position.

This is something that seems counter-intuitive to a lot of people. Why not cover more ground? The problem with having an oversized arc is that, while a soldier’s drawing a bead on one enemy soldier, they’re probably not looking at the enemy soldier right next to him. So the larger the patch of ground they’re covering, the more targets they’re ignoring. The solution is to establish the defensive so that a whole lot of narrow arcs are interlocked to cover a larger swath of ground. Typically, you set up a heavier weapon (like a machine gun) for enfilading fire, and the individual weapons to supplement it, usually by covering dead ground that the heavy weapon might otherwise miss.

Okay so getting back to basics, the short version is that in a defensive situation, you’re given a patch of ground to cover if the enemy attacks. These are your arcs. By extension, the implication is that anything outside your arcs isn’t your concern, because someone else is covering it.

This is crucial. By definition, giving a soldier their arcs is effectively reassuring them that the rest of the ground is being covered by someone else. Someone’s on their left and right, someone’s watching their back. If shit goes down, the soldier can focus on their arcs because other soldiers somewhere else are covering the rest of it.

So that’s what this blog is. That’s what I’m hoping to achieve. This blog is me covering an arc.

Because that’s the thing about arcs. They may be vital, or they may be redundant. You might be the crucial link in the chain that halts the enemy’s advance, or you might be staring at an empty piece of ground while the battle rages around you and when the smoke clears you haven’t fired a shot. Regardless, you can’t do your job unless everyone else is doing theirs. You can’t cover your arcs if you have to worry about an enemy coming up behind you and posting a grenade into your trench. Which means everyone else has to be watching their arcs as well.

Faith.  The key thing about the defensive is that every soldier in there has to have faith that all the others are doing their jobs as well.  Either everyone’s doing their job, or the whole thing blows apart at the seams.

So Douglas Bland’s Uprising is my arc.

It’s a book I can talk about, and criticize effectively. Along the way I can talk about a bunch of stuff that interests me, and hopefully build a case for an anti-Bland vision of Canada.  If Bland comes to be seen and cited as an authoritative source about Indigenous militancy, I’m fairly confident that I can thoroughly answer him effectively[2].  On the other hand, if he remains a peripheral figure, then this blog won’t anything more than a grumbling Sergeant’s cathartic personal rant.

Either way, this arc is going to be covered.

Whether Bland’s work proves to be central to a larger debate or not dosn’t really matter. He may be crucial, or he may be an afterthought[3], but I got it covered. If someone else is fighting a different battle on a different front, well they can take comfort in that fact while carrying on with their own job.  Who knows, maybe some of what I’m writing can be repurposed for someone else’s arcs.  Maybe I’ll end up making a difference on a much bigger stage, maybe I won’t.  Regardless, these others can focus on what’s in front of them.

This blog is essentially about me stepping into a much larger situation, picking a spot that I can hold, and defending it to the best of my abilities.  The long-term significance doesn’t really matter to me.  I got my arcs.  I’m keeping the faith.

***The featured image for this article comes from MGM’s 1986 movie Platoon, which actually does a pretty good job of illustrating what can happen when the faith in your fellow soldiers breaks down.***

 
[1] …and if you’re the person I’m talking about and you came by to check out the blog, Hi! Thanks for dropping by!

[2]  And along the way maybe salvage some of the CAF’s reputation, given that this guy seems hell bent on making all of us who wear the uniform look like a pack of authoritarian racists.

[3] I suspect there might be some hidden depths here, given how otherwise unremarkable novels nevertheless win fans with extremist groups.  See also The Turner Diaries and The Camp of the Saints.