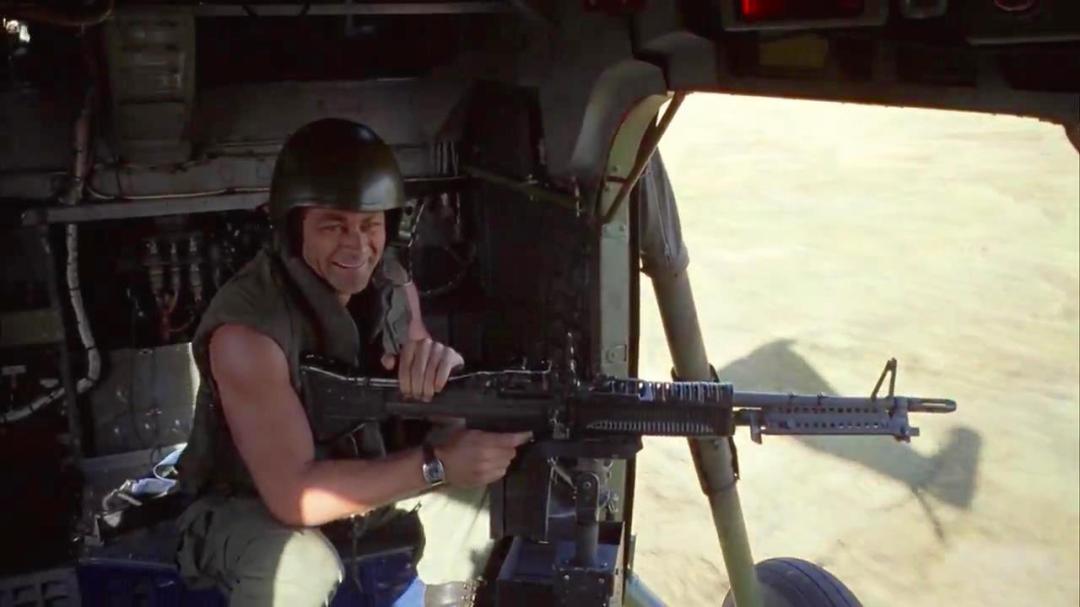 “Anything that moves…” ROEs when things aren’t simple.

***This post started out as a footnote for an upcoming post, before I tried to tie it in to a previous post, at which point I realized I needed to turn it into a full sized article and so here we are.***

ROEs.  Rules Of Engagement.  These are vital orders that must be given in any operation in which there is a likely security threat.  They are lawful commands that outline the circumstances in which force may (or must) be used, and what types of force may be used in a particular situation.

Responsibility and obligation are two key factors here: The Commander (in Canada, the CDS) must created and disseminate appropriate ROEs for a given operation, and his subordinates, from the operational commander designated by the CDS all the way down to the no-hook Private on the front lines must learn and understand them.  This is required on all levels of the military Chain of Command for an operation that might involve violence.  ROEs must be created, disseminated, understood and obeyed.[1]

Some of the basic stuff would be obvious: All modern ROEs include the right to self-defence for all CAF members, up to the use of lethal force when similarly threatened.  That same right to self-defence extends to other CAF members (you can shoot to protect your buddy) and Canadian civilians working within the CAF. It also typically includes troops from NATO and other allied countries, and can sometimes include host-nation civilians and NGOs.

But after that things get complicated.  On most operations, lethal force is authorized to protect mission-essential material as well.  This is necessary, since a soldier is expected to accomplish their mission (even at the cost of their own lives) and the loss of critical equipment can prevent this.  However, that usually requires a great deal of clarification as to what counts as ‘essential.’

Well, this is where things could get complicated.  Generally speaking, fuel is important but not essential.  A twelve year old kid grabbing a diesel jerry off the bracket of your LAV while you’re stuck in traffic is going to be a problem, but machine-gunning the child is not a solution. But what if the threat goes beyond a simple jerry can and puts, say, the fuel truck supplying your camp or the fuel tanks at your airfield risk?

Now, an actual attack on an army fuel depot is easy to deal with: You get attacked, defend yourself and kill the attackers.  But what if it’s not an obvious attack?  What if you catch a person, unarmed, who’s breached the perimeter with the intent of just opening up the valves and letting the fuel drain out onto the ground?  Is that an attack on essential material?

Are you justified in shooting someone under these conditions?[2]

The same question could be applied to things like water, food, medicine, in a humanitarian operation. Hell, during the Ice Storm of 1998, rumours began circulating that thieves had been stealing generators from local farmers.  The stories proved to be somewhat overblown, but with my Regiment at least it was considered a good idea to post a sentry near our generators, just in case.[3]

So things can get complicated.  That’s a thing.

The point that retroactively caught my attention in the last post was this one here:

“Sir, we’ve anticipated this move and have made some arrival arrangements with Sandra at Cold Lake.  I sure could use a few Herc flights to get some equipment and tech personnel moving.”

“Yes, so could I.  Unfortunately, many of these forty-year old aircraft are unreliable and will be needed to move the combat units wherever.  I’ll see what we can do, but we have to ration the aircraft.

An easier, safer, and quicker alternative might be to load everything onto trucks and drive them down the highway.  Trucks are everywhere on the average army base, and can be moved around without attracting a lot of outside attention.  There’s at least a chance that they can be loaded in secret, so the first warning anyone watching the base might have is when a convoy rolls out the front gate.

Straightforward enough in peace time – I’ve been a part of dozens of convoys like this in my career – but what about war time?  If you’re out on the open road, carrying vital equipment and key personnel in soft-skinned vehicles during an insurgency?

So that convoy (specifically the people and equipment it carries) ought to be considered mission essential and protected accordingly.  At first glance it should be simple enough to set the convoy up with an armed escort,[4] with the equipment and necessary air crewmen/women protected by armoured vehicles and a dedicated escort force.  Simple enough, right?

Except, what are the ROEs?

Keep in mind that, at this point in the Uprising, the NPA is a First Nations insurgency that does not wear uniforms or fight openly.  So far its actions have been limited to theft of weapons, shootouts on CFBs and a single murder.[5]  They have plans that will threaten the existence of Canada itself, but these plans are not yet obvious to the Canadian public. This means that – at least for the moment – native people can walk around in Canada without attracting a lot of attention and gather without triggering any alarms.

The ugliest option here would be to declare anyone who is native as an enemy.  Historically, this is what usually happens in an ethnic-based civil conflict.  Those people (as a generic whole) become the enemy of our people as a newly-homogenized (and idealized) whole.

…except here we got a problem…

So the first and most obvious problem here is that there are millions of Canadians with brown skin and dark hair (and others who might appear that way at a distance).  East Indian and other South-West Asian peoples, people of Middle-Eastern descent, even some of the darker Mediterranean ethnicities might get mistaken for native under the wrong conditions.  There are also lots of aboriginal people who can ‘pass as white’ due to a mixed Indigenous-European heritage, and/or through cosmetic processes.

So you’re driving down the road, and find your path blocked by what appears to be a car accident.  Some of the people standing around the accident appear to have darker skin, but blonde hair.

Is this an ambush where NPA radicals dyed their hair as camouflage?  Or did a car load of tanned, blonde surfers rear ended a car driven by an Italian family?

So how do you identify a threat?  At what point do you escalate?[6]

This is a real question.  Troops who might be in such a convoy need an answer to this question.  They are the ones who will be looking through their optical sights and trying to make that horrible decision: ‘Shoot or don’t shoot?’

So here’s a situation where mission essential material is going to have to move through a newly threatened territory, where the enemy in question can’t easily be identified.

This is actually taught on Basic Military Qualification (BMQ) courses.  I actually taught this point in the Situational Awareness lecture to a BMQ course not too long ago.  A bottom-of-the-barrel no-hook Private, still has a right to expect answers to these questions, and an obligation to demand them.  And if you’re in charge of a bunch of Privates, then you have an responsibility to provide such an answer.  Which means you have to ask your own superiors for clarification, which pushes the question to the next tier of the CoC.

And if your bosses aren’t giving decent answers, you have an obligation to push them for such answers.

ROEs are lawful commands.  They are also an obligation.

This might seem like making a mountain out of a molehill, but hey, “For want of a nail” and all that.  What I’m trying to pass on here is a personal rabbit hole that opened up for me as I was passing over a random piece of text.  These lines triggered an immediate and instinctive demand for clarification.  You’re going to do what?  And how are we going to do this?

Under what conditions will we use force?  No, don’t give me that hand-wave bullshit.  I need hard answers.

***Today’s featured image (as well as part of the title) is from Stanley Kubrick’s ‘Full Metal Jacket’ (Warner Bros, 1987), where a door gunner confidently declares “Anyone who runs…is a VC!  Anyone who stands still…is a well-disciplined VC!”  as he fires at random Vietnamese people below.***

[1] When soldiers deploy, they are often issued a ‘soldier’s card’: That is, a convenient pocket-sized laminated card with the basic ROEs written out in plain text.  The idea being that troops, in their down time, can study the card as they consider their current mission or their particular local environment.  One of the sub-paragraphs on these cards typically says “These rules are lawful commands,” and there will be a copy of the CDS’s signature on it.

[2] This is an important thing to think about, because it’s more and more likely to happen over time.  An important thing to understand is that yes, your enemy (particularly in an insurgency) will try to figure out your ROEs and exploit them accordingly.  Not allowed to shoot at places of worship?  Guess where the next sniper will be firing from.  Not allowed to shoot unless you can clearly see a weapon?  You can hide a lot of weaponry under a burkha.

[3] Since this wasn’t a war zone, this particular sentry wasn’t armed, and his ROEs basically came down to ‘Don’t let nobody fuck with the generator.’

[4] Ideally the escort vehicles would be LAV IIIs or something similar.  But these are in short supply on air force bases.  In Uprising, Bland also mentions the G-Wagon (also called the LUVW), a German-made jeep like vehicle that can be upgraded with armour plating and has the option of having a turret for a machine gun mount.  Although nowhere near as formidable as the LAV III, it would still make an adequate escort vehicle for a convoy as this type.

[6] Spoiler Alert: There will be a point later on in the novel where it is implied that a military response will target Status Indians; that is, aboriginal people who are officially recognized by the government of Canada.  This adds a new dimension of fucked up since it massively broadens the potential pool of ‘enemies’ and ironically includes a number of people that would be considered conventionally ‘white.’  There’s more than a few honkies who invoke their native grandmother as a way of gaining status and therefore getting access to improved hunting and fishing rights.

[7] For the sake of complete honesty, that exact quote appears in the section that the linked post covers, but it is not directly quoted in the post itself.

2 thoughts on ““Anything that moves…” ROEs when things aren’t simple.”